After my accordion lesson on Saturday morning, I went over to the Redbull Flugtag in Hyde Park.

It was kind of wierd…. like a festival with no bands. We sat and watched the action on a TV screen whilst drinking limeade. Lovely to catch up with old friends though.

So after that, onto the Jake and Dinos Chapman exhibition at White Cube – ‘Fucking Hell’.

This was really amazing. The complexity of the miniatures and the scenery were incredible. Andrew with his model painting past, was pretty taken with it, but wondered if non geeks would be…. I have to say that I think they would be just as blown away as he we were. Its amazing! I don’t know how they came up with some of the stupid stuff they’d made…. A crucifed snowman!? Brilliant. 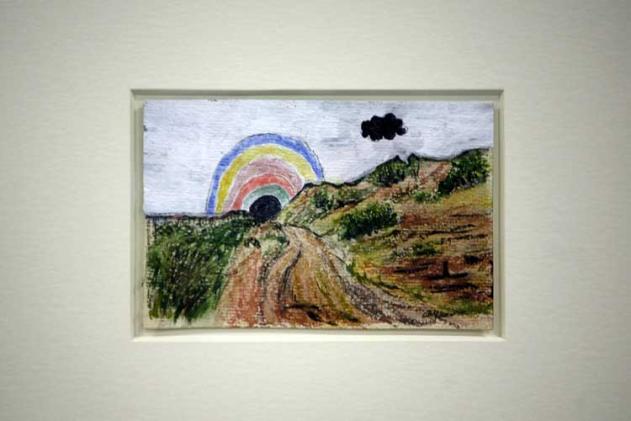 Upstairs, ‘One day you will no longer be loved’ shows doctored watercolours where the sitters have been made to look deformed. These were pretty cool, although the odd one was a little over the top. I guess that’s part of the point, but I prefered the ones where it looked like the sitter actually was deformed, rather than the ones were it just looks like the painting has been mucked around with.