I missed the checkpoint race last night but went down to the sprints organised by Fixed Gear London and held afterwards in a tunnel near Waterloo. 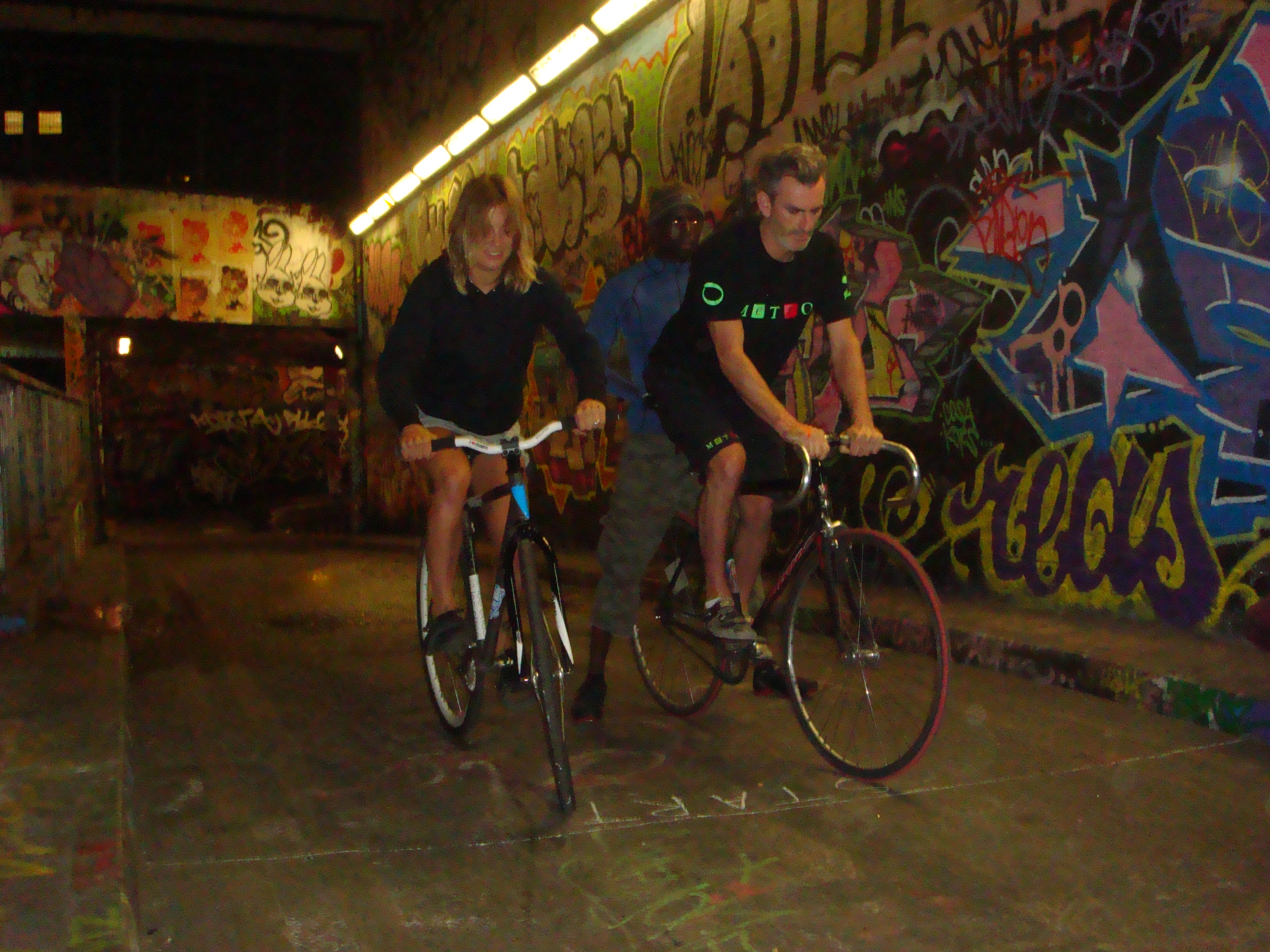 Overdrive won the checkpoint race but I managed to beat him in the sprints on my trick bike! I have no idea how I managed that; maybe he was just being nice. It was so fun. Looking forward to the next one. Girls, get down there then I don’t have to just race the boys!